Reasons Why You Should Donate To Build Schools In Uganda

As you know, education is a powerful tool that provides people with the skills and knowledge required to make a difference in society. Studies show that education is a powerful agent of change. Apart from contributing to social stability, it meaningfully drives long-term economic growth. Despite all these benefits, the state of education in most African countries, including Uganda, remains poor, mainly due to a lack of schools. Thus, you should donate to build schools in Uganda.

The State of Education in Uganda

Uganda is among the most dynamic countries in East Africa. In recent years, the country has witnessed rapid population growth, significantly straining available public and social services, including education.

Currently, there are about 20,314 primary schools in Uganda. These schools are very few compared to the nation's population. The high population of Ugandan school-going children has placed extreme pressure on the nation's education system.

The main challenges faced by Uganda's education sector include:

Most of the problems facing the sector are attributed to government underfunding. So, the shortage of schools in Uganda can only be fixed by raising funds from well-wishers like you.

Why You Need to Help Build Schools in Uganda

Like most other African countries, Uganda faces significant challenges in providing accessible and quality basic education. Some of the main reasons why the Ugandan education system requires funding include:

It's Time to Donate to Build Schools in Uganda

As evident globally, most countries with high rates of out-of-school children are poor. It's hard for someone to climb the ladder out of poverty without education. Thus, investing in education not only reduces poverty rates but also produces significant developmental benefits.

Since Uganda is among the poorest countries in the world, school funding remains a persistent issue. However, donors can make a difference in the education sector. If you believe in education as a major transformational tool, you should support the school-building program in Uganda.

If you donate to build schools in Uganda, you will be supporting the country to realize its vision of becoming a middle-income nation. You will also be playing a significant role in building an inclusive and accessible education system. 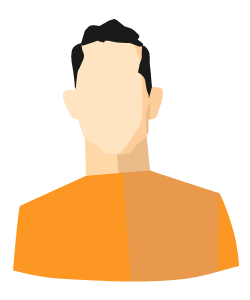